We can help you in your preferred language: 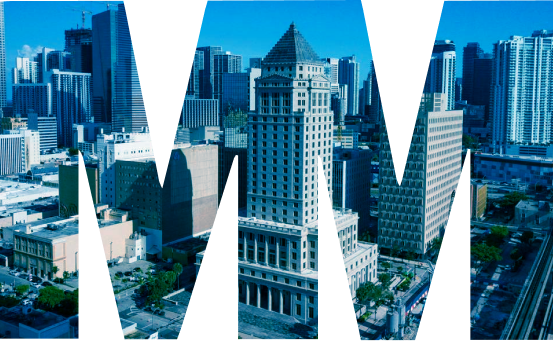 We strive to deliver exceptional value to our clients in a number of legal fields, through research, understanding, and creative problem-solving.

Experienced litigators practicing in all state and federal courts in Florida, as well as across the nation.

From company formation to multi-million dollar mergers and acquisitions, we have helped our clients in virtually every stage of their businesses.

We have represented clients before the United States Patent and Trademark Office in connection with trademark registrations, responses to office actions, administrative proceedings, trademark infringement litigation and copyright registration.

We regularly counsel our clients regarding cross-border corporate structuring, as well as international distribution, licensing, and financing agreements.

Our litigators are experienced in ADR proceedings including, but not limited to, mediation and arbitration.

David Everett Marko is one of less than 300 civil law notaries in the United States with the power to authenticate documents and to issue and record notarial acts legally recognized in foreign countries.

Meet Our Team of Legal Professionals 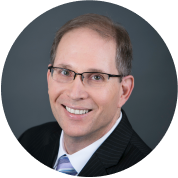 David Everett Marko is a founding partner at Marko & Magolnick, P.A. and heads the firm’s Corporate and Business Transactions Group. Since 1992, Mr. Marko has handled complex transactions on behalf of private and public companies. His practice spans many countries where he has advised clients on issues of corporate governance, mergers and acquisitions, crisis management, legal compliance, and other highly sensitive matters.

In addition to his professional activities, Mr. Marko is very active in public service. From 2014 to 2019, he has had the honor of advising the U.S. Secretary of Commerce and the U.S. Trade Representative on customs matters and trade facilitation in connection with U.S. international trade policy as a member of the Industry Trade Advisory Committee (ITAC). He served on ITAC subcommittees on northern border and southern border issues, and also co-chaired the Cuba Working Group. Mr. Marko’s public service has also extended to his community. In addition to serving on the Board of Advisors of the Green Space Initiative, he has served on the Board of Directors of Easter Seals of Miami-Dade County and e-Equality, an organization working to bridge the digital divide among poor and at-risk youth. He has recently served as pro bono counsel for the Green Space Initiative, sponsored by the Green Family Foundation. He has also served as pro bono counsel to Catalyst Miami (formerly, the Human Services Coalition) and has filled a similar role for various other community groups. Since 1999, he has been pro bono general counsel to Access Now, a nationally recognized disability rights organization. He has been honored with special recognition awards from Easter Seal, the City of Miami, and has been nominated for the Dorothy Shula Award for Volunteerism. In 2002, Mr. Marko was awarded a two-year fellowship through the Knight Foundation, focusing on the development of ethical leadership through the Miami Fellows Initiative. He has served on various local governmental boards, including the City of Miami Green Commission, the Homeland Security/Neighborhood Improvement Bond Oversight Board, the City of Miami Commission Districts Boundary Board, and has chaired the City of Miami Veteran’s Task Force.

Martindale-Hubbell has awarded Mr. Marko an AV peer review rating, signifying that other lawyers consider his legal skills to be “very high to preeminent.” He was recently recognized as a Top Lawyer by the South Florida Legal Guide. He has been certified as a mediator by the Florida Supreme Court and has been appointed by the State of Florida as a civil law notary.

Mr. Marko was first admitted to the Bar in 1992 and earned his LLM in International and Comparative Law from the Free University of Brussels, where his academic focus was on emerging markets and business development. He received his law degree from Florida State University, where he also earned his bachelor’s degree in political communication. During his education, he earned numerous academic and advocacy awards. As an undergraduate, he was elected Political Communication Student of the Year by the faculty. In law school, he was selected International Law Student of the Year, and was awarded the Book Award in Ocean and Coastal Law and Moot Court. He was also elected a member of the Order of the Barristers, and was a two-time Moot Court Champion. Mr. Marko was a founding member of the Journal of Progressive Legal Thought. Mr. Marko is currently also pursuing a Master of Arts in International Relations from American University, where his focus is on reinforcing democratic and other stabilizing international institutions.

Born and raised in Miami, he is fully conversant in Spanish. 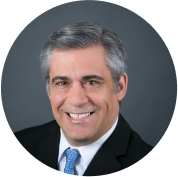 Joel S. Magolnick, a partner of Marko & Magolnick, P.A., manages the firm’s Litigation Group. He represents both individual and institutional clients, throughout the US and internationally, in all areas of general litigation, with a focus on complex commercial matters, shareholder disputes, RICO related matters, defamation cases, Internet-related matters, constitutional litigation, and employment-related matters. His clients include multi-national corporations, high-net-worth individuals, celebrities and professional athletes.

Mr. Magolnick has successfully tried many jury and non-jury cases and has been involved in numerous matters which resulted in multi-million dollar recoveries for his clients.  He has served as a court-appointed guardian ad-litem and a receiver.

Mr. Magolnick has successfully represented individual and class action plaintiffs from all areas of the United States and abroad in both complex commercial litigation matters and personal injury matters in various courts throughout the country.  He has been appointed by numerous courts as Class Counsel, and as lead counsel in Multi-District Litigation matters, and has served on Steering Committees.

Mr. Magolnick has been selected as a member of National Trial Lawyers: Top 100 for each year from 2012 through 2018. He is also a member of the American Association for Justice, as well as the Association of Trial Lawyers of America. Martindale-Hubbell has awarded him an AV peer review rating, signifying that other lawyers consider his legal skills to be “very high to preeminent.”

Admitted to the Bar in 1988, Mr. Magolnick earned his law degree from the University of Miami School of Law and received his bachelor’s degree in political science from the State University of New York at Albany. He is fluent in Spanish and represents many clients, both individual and institutional, in Central and South America, and throughout Europe.

Mr. Magolnick volunteers as a guardian ad litem and represents select clients on a pro bono basis in various matters.

He has lived in South Florida since 1985. 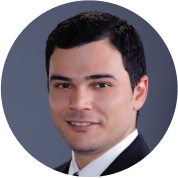 Davide Proietti is a partner at Marko & Magolnick, P.A. and practices primarily in the areas of commercial transactions, corporate governance, and commercial litigation.

Mr. Proietti was admitted to the Florida Bar in 2017 and received his law degree from Florida International University College of Law, where he graduated in the top 10% of his class, with magna cum laude honors. While in law school, Mr. Proietti was a senior staff member of the FIU Law Review, and received multiple academic awards and scholarships, including a “Best Editor” award from the FIU Law Review and Book Awards in multiple subjects. Mr. Proietti is currently pursuing a Master of Laws in Taxation from Georgetown University Law Center, where his focus is on the taxation of business entities and corporate reorganizations.

Since 2018, Mr. Proietti has served as a volunteer subject-matter expert in law, and as a workshop presenter, with the Miami-Dade Chapter of SCORE, the largest non-profit organization business mentoring organization in the Nation and a resource partner of the U.S. Small Business Administration (SBA).

Before becoming a lawyer, Mr. Proietti worked as an international sales representative and executive for a mid-size Italian manufacturing company, which specialized in the production of composite materials, general aviation airplanes, and defense systems.

Mr. Proietti was born in Rome, Italy, and moved to South Florida in 2009. He is fluent in Italian and conversational in Spanish. 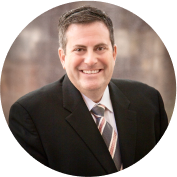 Lawrence Lambert is an AV® Preeminent™ rated business attorney who has been practicing in South Florida for 25 years.  His practice focuses principally in the areas of business litigation and appeals in state and federal courts, business arbitration, and assisting small businesses with their corporate transactional needs, including formation, mergers and acquisitions, contracting, employment and general legal needs. He has been recognized as a top attorney in business litigation by Florida Super Lawyers Magazine since 2017 and was previously recognized as one its Rising Stars. He has also been recognized as one of Florida Trend Magazine’s Legal Elite™.

Mr. Lambert is an honors graduate of the University of Florida Fredric C. Levin College of Law where he served as both the Senior Research and Senior Articles Editor of the Florida Law Review.  He also served as the student editor of the East African Journal of Peace and Human Rights, a student research assistant for the Center for Governmental Responsibility at the University of Florida and as an Appellate Advocacy Teaching Assistant.

Mr. Lambert received his undergraduate degree in Marketing and Management from the McIntire School of Commerce at the University of Virginia.  While there, Mr. Lambert served as a Trustee for the Class of 1991 and was a member of the historic Jefferson Literary & Debating Society.  He was also president of the Mu Chapter of the Alpha Epsilon Pi fraternity. 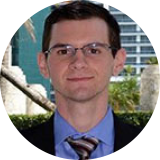 Mr. Menje was admitted to the Florida Bar in 2014.  He began his legal career at a large insurance defense firm in downtown Miami where he handled hundreds of cases in the areas of professional liability, legal malpractice, securities and broker liability, breach of fiduciary duty, condominium and community association litigation, real estate disputes, employment and civil rights litigation, among others.  Mr. Menje has attended hundreds of hearings, has taken countless depositions, has handled arbitrations with FINRA, AAA, and JAMS and administrative proceedings before the Florida Department of Business & Professional Regulation (DBPR), the Florida Commission on Human Relations (FCHR), the Miami-Dade Commission on Human Rights Board, and the Equal Employment Opportunity Commission (EEOC), and has handled trials throughout Florida in both State and Federal Court.

Mr. Menje was born and raised in New York City.  He attended the State University of New York at Binghamton and New York Law School, graduating in 2009 and 2014, respectively.  Prior to and during law school, he worked in finance and insurance for a broker-dealer firm in New York City.  After law school, Mr. Menje did what tens of thousands of New Yorkers do every year – moved to Florida.  In his free time, Mr. Menje enjoys water retrieving with his Labrador Retriever, Jeter, trap and skeet shooting, reading non-fiction history, and reading biographies of great (and some not so great) leaders.  Mr. Menje is an active member of the Federalist Society and the Broward County Bar Association, and he frequently volunteers for Legal Aid Service of Broward County. 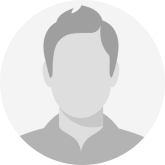 John E. Kirkpatrick has extensive experience in both transactions and litigation, including advising privately and publicly held companies on corporate strategy, mergers and acquisitions, intellectual property rights, and complex litigation. He has worked with clients from around the world ranging from start-ups to conglomerates in technology, financial services, telecommunications, health care, and real estate.  His diverse experience positions him to counsel all sizes of companies, and to lead clients and legal teams in a rapidly changing world.

Mr. Kirkpatrick has advised clients and resolved disputes and litigation in, among other places, Florida, New York, Virginia, Washington, D.C., Ohio, Texas, Illinois, California, as well as internationally.  Although he began his career as a transactional attorney, Mr. Kirkpatrick discovered a love for litigation strategy and practice while advising arbitrage clients on hostile takeovers.  He has served as lead counsel on large commercial cases resulting in tens of millions of dollars of favorable jury verdicts.

John has also worked as an entrepreneur in real estate, entertainment, health care, and technology and has served on the boards of companies in the not-for-profit sector.  He is familiar with the day-to-day problems faced by small and medium size businesses.